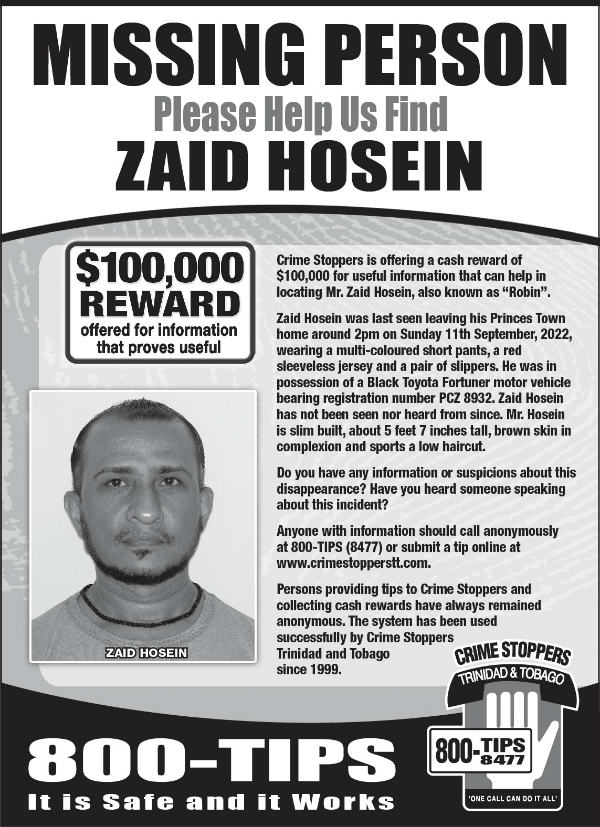 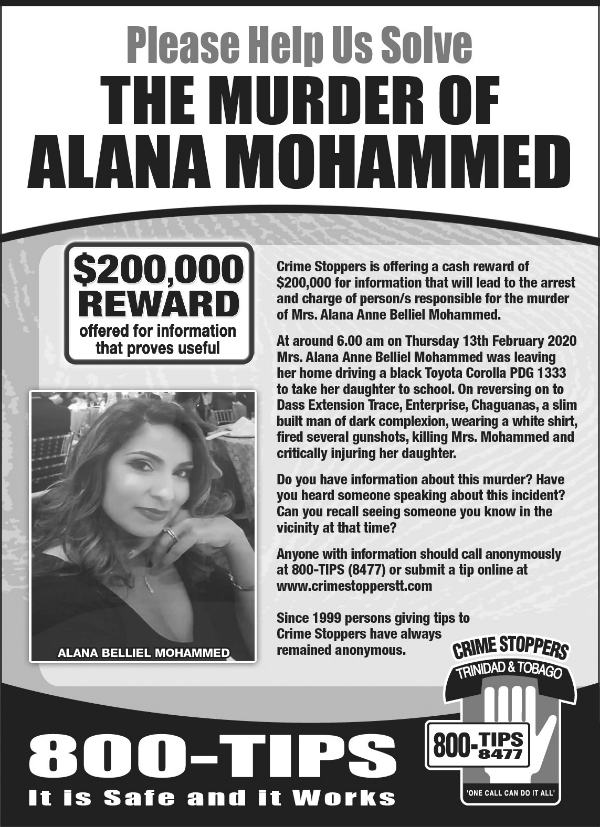 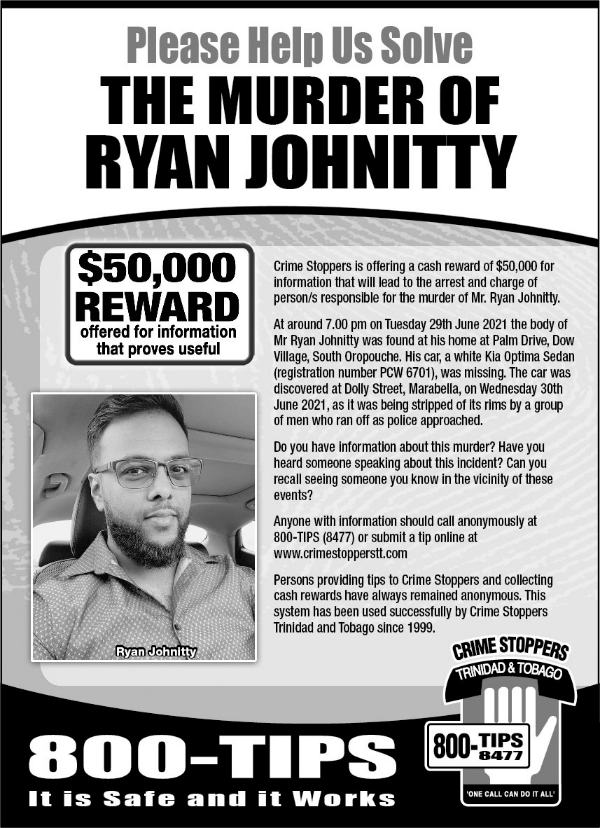 Crime continues to be at the forefront of discussions around our country as it has been for quite some time. While the online videos that circulate reflect the brazenness with which some of these offences occur, these still reflect only a small part of what is actually happening.

In the recent past both the Prime Minister and the Commissioner of Police have indicated that illegal quarrying was among one of the factors fuelling the unsatisfactory level of criminal activity. We also note that just a few days ago Commissioner Jacob noting that “criminal activity does not occur in silos” commended his officers for the seizure of illicit goods, including tobacco products, illegal gambling machines and substandard electrical items.

For more than seven (7) years as Crime Stoppers International increased its focus on transnational crimes, Crime Stoppers Trinidad and Tobago (CSTT) has been highlighting the links between illicit goods and criminal activities. The creation of the Anti-Illicit Trade Task Force (AITTF) under the Ministry of Trade and Industry has therefore been an excellent intervention in the matrix of illicit trade.

When funds from illicit trade are allowed to circulate unchallenged in the hands of criminals both locally and abroad, there’s an automatic increase in money laundering activities, the funding of the importation of illegal firearms, human trafficking, gang violence and ultimately murders. The Commissioner is right … they are all connected.

To quarrying and the list of illicit goods identified in the recent police seizures, we can easily add alcohol, pharmaceuticals, cleaning agents and other counterfeit goods available both at roadside bargains and high end shopping malls. Strategies for dealing with some of these goods are being carefully considered by Working Groups of the AITTF.

Our Free Trade Zones are being seen as fertile ground for illicit trade to flourish. While these areas are carefully designed to encourage local and foreign investment for specific projects, counterfeit products, smuggling and money laundering may also be inadvertently facilitated in these areas. There is therefore the need for the agencies responsible to stringently monitor both the products and activities that take place in these areas.

Finally, wherever these illicit trade activities occur, there are persons who are aware of these happenings. CSTT again encourages persons who are aware of any kind of illicit activities to report these to the relevant authorities. We are quite sure that many citizens are aware of the presence of firearms in their communities, of the goods being smuggled in free zones and of persons who profit from a variety of illegal activities. If you are afraid of the reprisals that can result from reporting any criminal offence, then be assured that reporting through CSTT is safe. You can call 800-8477 (TIPS) or use our submit tip banner at www.crimestopperstt.com to make an anonymous report. Report what you know and let’s take back T&T one tip at a time.

Do you know that the Ministry of Health (MOH) monitors tobacco products and legislation is in place to have persons involved in the sale and distribution of unlicensed/illicit tobacco products prosecuted?

This link directs you to the MOH’s Public Notice and provides a list of unlicensed/illicit tobacco products.

These products should NOT be offered for sale, purchased by any business entity or member of the public, or consumed by the public. Severe fines and imprisonment are associated with conviction from related offences.

If you are aware of any such offences or suspicions, be sure to report these safely and anonymously to Crime Stoppers at 800-8477 or online at crimestopperstt.com. 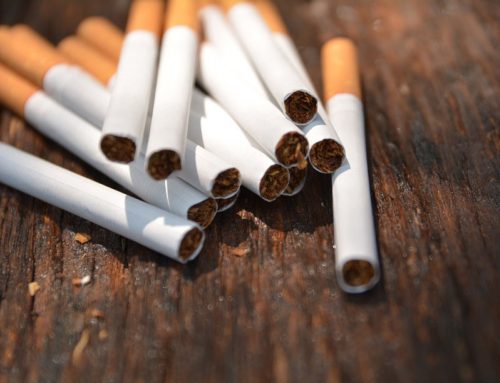 Over the last month several of our agencies have successfully demonstrated that fighting illicit trade requires collaboration to be most effective. Through traditional media and several social media outlets, the public has been provided with details of some of the successes being achieved as agencies carry out successful enforcement action in illicit trade.

In September 2021 alone, we note that such raids have been carried out in San Fernando, Marabella, Penal, St James, Tunapuna and along Tragarete Road. The items seized for the suspicion of being illicitly traded are even broader than the areas from where these items have been seized.

Items reported to be seized range from electric fans, hair dryers, pharmaceuticals, cigarettes and other tobacco related products, alcohol, varied food items and illegal gambling equipment among others. In several of these cases the efforts represented collaborations between different state and enforcement agencies. On September 1 for example, while the exercise was led by the Trinidad and Tobago Police Service (TTPS) it included officers of the Customs and Excise Division, the Trinidad and Tobago Bureau of Standards, and the Ministry of Health’s Chemistry, Food and Drugs Division. With such partnerships, the agencies are cooperatively demonstrating that the authorities are serious about reducing the incidences of illicit trade. The message to businesses involved in or those considering entering “the business of illicit trade” is

The trade in illegal goods and illicit products is extremely dangerous and the crime has many deep fangs. In numerous cases the public’s health is compromised by products manufactured under unhealthy and questionable conditions. Items such as substandard electrical products endanger life and are frequently associated with destruction of property by fire. Goods illegally entering our jurisdiction also deny the government significant revenue when the payment of duties is avoided.

The work of the recently formed National Anti-Illicit Trade Task Force established by the Ministry of Trade and Industry under the stewardship of the Honourable Minister Paula Gopee-Scoon, now allows for even closer collaboration of several state and private sector agencies. This work will continue to be crucial as the country continues its efforts at fighting the serious scourge of illicit trade.

It should be noted that the recent raids highlighted would not have been possible if someone did not act on a suspicion and make a report to the authorities. Such persons should be highly commended.

If you suspect items are being illicitly traded, then report these suspicions anonymously to Crime Stoppers by calling 800-TIPS or sending a tip online at www.crimestopperstt.com. You always remain anonymous.

Most of the violent crimes and murders in our country take place with the use of illegal firearms. Lives are lost, families are destroyed and dreams are shattered when these guns are used repeatedly to commit these heinous offenses. It is no secret that one illegal firearm is associated with countless crimes.

Join with us and help remove illegal firearms from our communities. If you know of the whereabouts of illegal guns, of shipments arriving or have suspicions of these, then safely report these anonymously through Crime Stoppers. Making a report to Crime Stoppers, and the collection of the cash reward have always been completely safe for Tipsters ever since we started our operations in 1999. 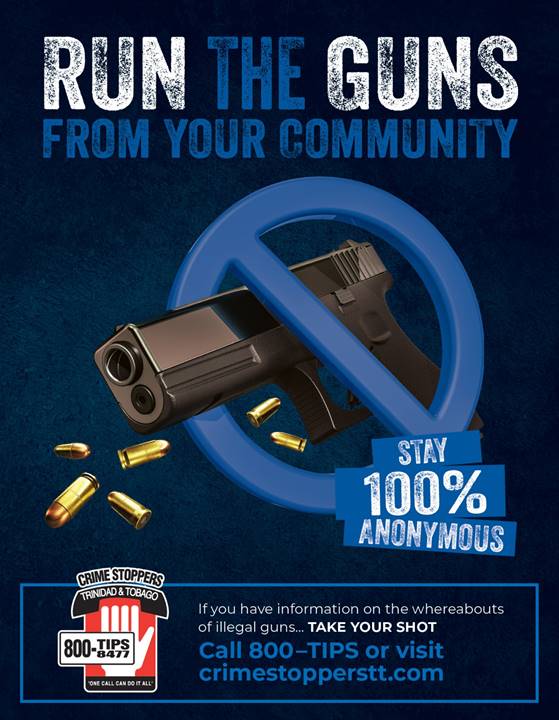 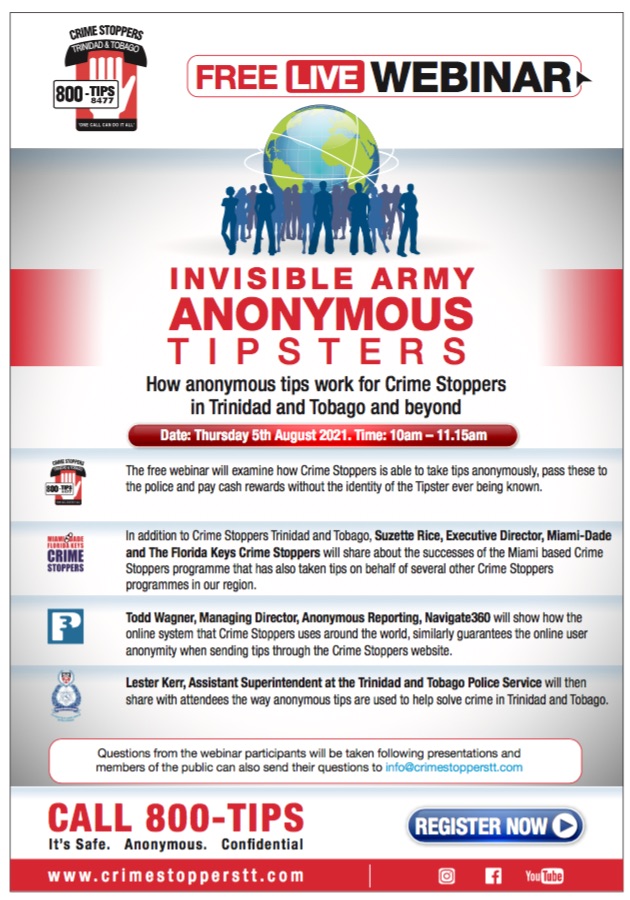 Many times when we discuss illicit trade we focus on the authorities and their roles and shortcomings. However, what role can each individual play in reducing illicit trade? Let us first remind ourselves about the activity of illicit trade. END_OF_DOCUMENT_TOKEN_TO_BE_REPLACED