Delegates were present from twenty two (22) countries across the world with representation from each of the seven (7) CSI regions.  These included the regions of Caribbean/Bermuda & Latin America, the United States of America, Canada, Europe, Australia, South & West Pacific and Africa. END_OF_DOCUMENT_TOKEN_TO_BE_REPLACED

Is your group having a camp this July – August vacation for young persons 7 years and older? Let us visit and share with the youth. See our details here. 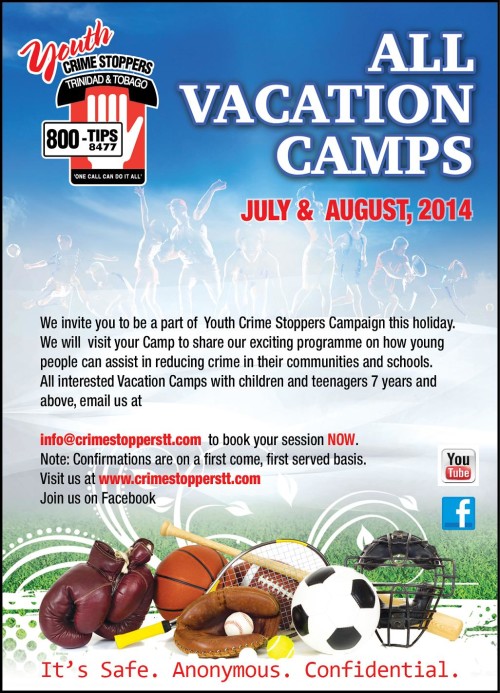 BE AN ANONYMOUS CRIME FIGHTER

The Murder of a Loving Grandmother Meena Panchoo

Last Wednesday 10th April at about 10am Boysie Panchoo 65, left his Marabella home to do daily chores. He locked the steel garage door behind him, and left his wife Meena Panchoo 61,  inside preparing the midday meal.

When he returned about an hour later he found the steel gate opened and Meena,  his wife of 38 years strangled on the kitchen floor. Several areas of the house were ransacked. The couple had celebrated their wedding anniversary just two days before.

Meena Panchoo was a mother of one and a loving grandmother of three.  She and her husband had planned to take their first vacation together overseas in July of this year and had already bought airline tickets. 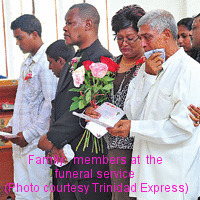 Meena Panchoo operated a plant shop at her home for many years and customers normally came from across the country   to purchase her plants. The family therefore remains in a state of shock at this murder.

Have you overheard anyone speaking about this murder?

Do you have any information that can help the police arrest persons responsible for this murder?

Did you see someone coming from the Panchoo’s home between 10am and 11am on Wednesday 10th April?

By saying what you know you can become an Anonymous Crime Reporter, help solve this crime and prevent another  such crime from occurring.

Call Crime Stoppers anonymously at 800-8477 or send a tip online at www.crimestopperstt.com

Crime Stoppers needs your help in solving the following crime: 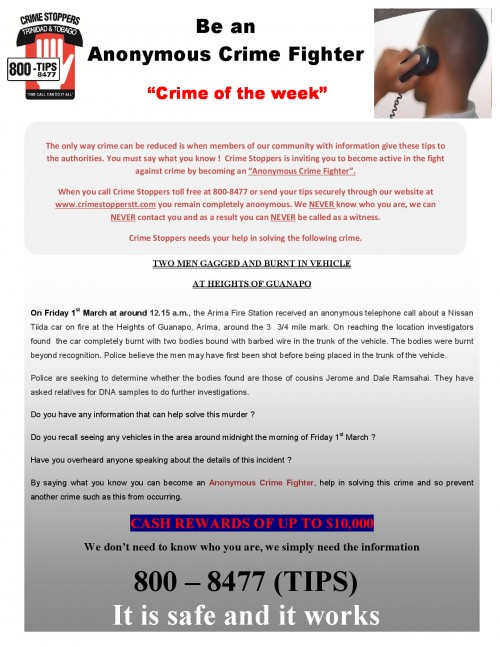 More than 100 chefs volunteered their time to cook and serve at “Crime Stoppers Can Cook Too”. This was our fundraiser that was held on October 27 at the Princess Elizabeth Centre in Woodbrook. END_OF_DOCUMENT_TOKEN_TO_BE_REPLACED 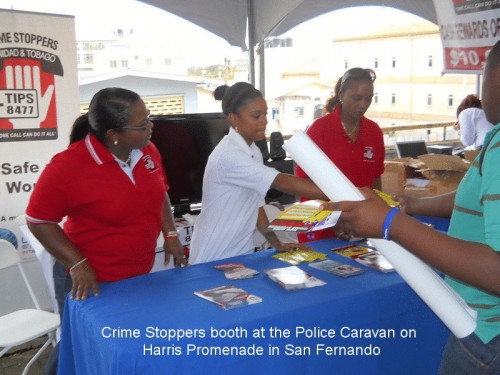 Crime Stoppers participated fully in the police caravans that took place between June and October this year. The caravans were a series of exhibitions in communities across Trinidad and Tobago where all 32 sections of the Police Service were showcased allowing police officers to meet with members of the community. END_OF_DOCUMENT_TOKEN_TO_BE_REPLACED

During the just concluded school vacation period in July and August, Crime Stoppers made presentations to more than 35 vacation camps across Trinidad and Tobago. This is the second year that Crime Stoppers has shared with young people in this way during this break from school.

Gatherings such as sports camps, vacation bible schools and the Arthur Lok Jack Graduate Business School Camp invited Crime Stoppers to share. In addition, camps organized by the Ministry of Youth and Child Development and the Ministry of Sports were among others that extended invitations to us. During the seven week period Crime Stoppers shared messages ranging from the development of healthy friendships to the importance of reporting criminal activity to more than 800 young persons.

Assistance with the project was provided by volunteers from the Trinidad Youth Council with Kevon Agostini and Keegan Bharath doing presentations at several venues.

Some of the areas in which sessions were held included Port of Spain, Arima, Siparia, San Fernando, Blanchisseuse and Chaguanas. Tobago was also a part of the exercise as several meetings were also held there including one at the Montgomery Moravian Church during a Sunday morning service.

Crime Stoppers is constantly seeking out ways to share positive messages with our young people and continually encourage them to report any criminal activity through our safe and anonymous services.

In this the second year of the programme, it has truly become popular with many camp planners and leaders across the country. Keep looking on our website to register your camp for the sessions in July and August 2013.

Crime Stoppers has embarked on a community outreach effort to sensitize citizens about how we work and how we can assist in keeping our communities safe.  If you will like us to hold a meeting in your community SEND US AN EMAIL at info@crimestopperstt.com.
END_OF_DOCUMENT_TOKEN_TO_BE_REPLACED

On Monday 27th March, Crime Stoppers Trinidad and Tobago (CSTT) received a financial boost in the form of $100,000 by the Government of Canada.

Mr. John Aboud, Chairman of CSTT  was on hand at the Hyatt Regency to receive the funds from Her Excellency Karen L. McDonald, High Commissioner for Canada. END_OF_DOCUMENT_TOKEN_TO_BE_REPLACED