The objective of the session was to highlight the dangers of illicit trade and show the links of this activity to criminal activity. This training formed part of a regional effort being undertaken by Crime Stop Jamaica and CSTT under the auspices of Caribbean, Bermuda and Latin America Crime Stoppers (CBLA).

Michael Ellis of Ellis and Associates Global Ltd brought a global perspective on the topic of illicit trade where he highlighted some of the challenges being confronted worldwide. He used his experience and underlined how seemingly innocent actions such as the sale of pirated DVD’s, was linked to human trafficking and sexual exploitation in the UK. 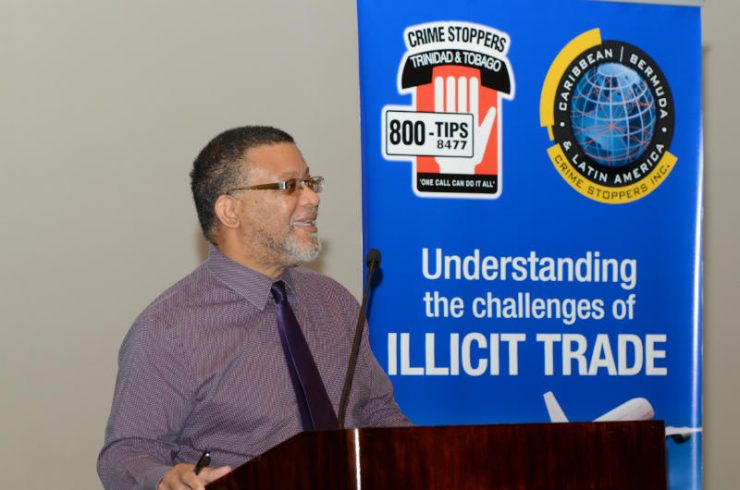 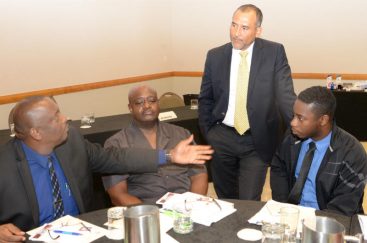 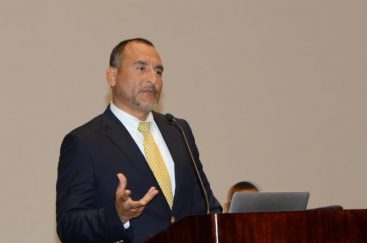 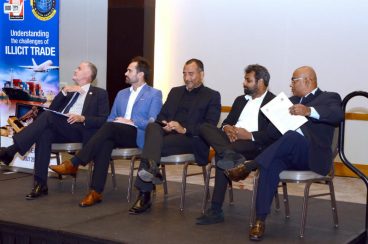 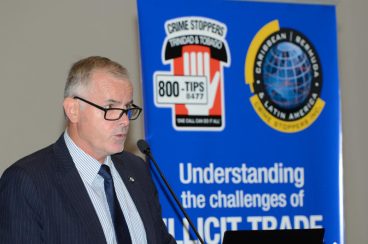 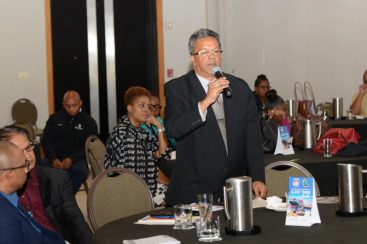 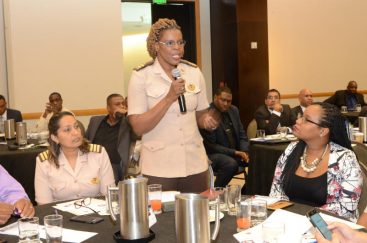 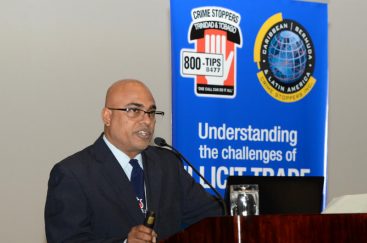 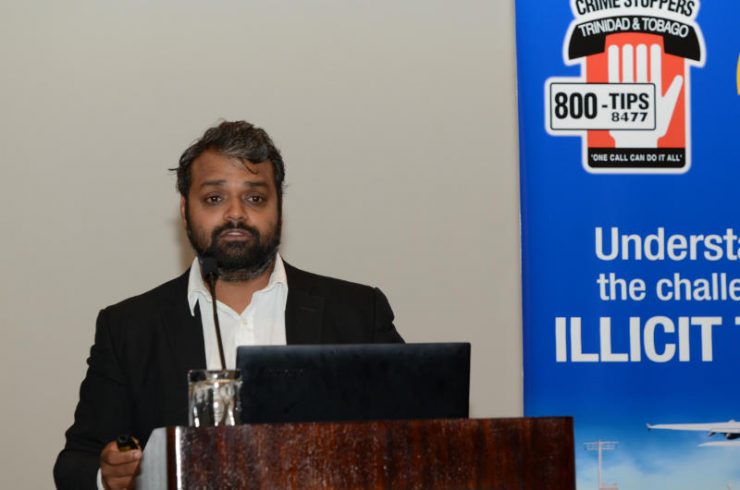 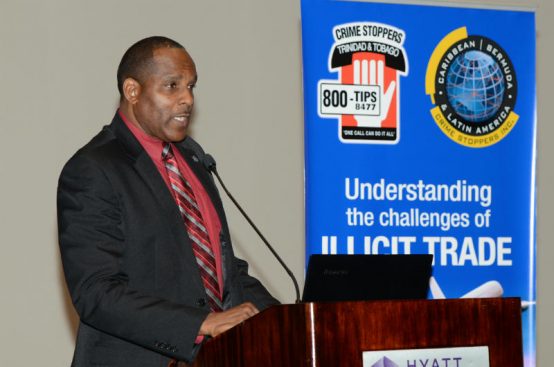 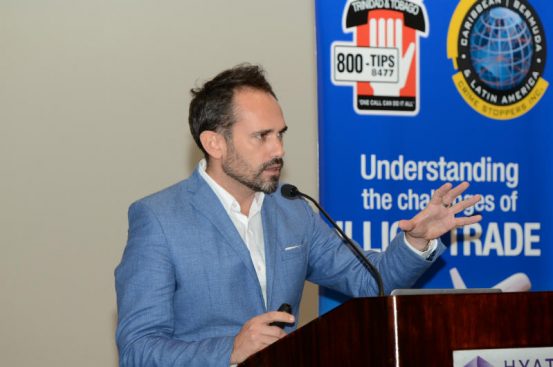 Roger Montero of Bastion Marketing Intelligence shared with the audience the need for vigilance as it was noted that items such as luxury goods, fuel, tobacco, pharmaceuticals and car parts were found to be counterfeited in Trinidad and Tobago and the wider region. He showed that the profits from many of these operations were being used to fund gang activity and guns.

The legal aspects of intellectual property theft were covered by Mr Kavish Seetahal of the Trinidad and Tobago Intellectual Property Office. While he noted that the laws allowing for prosecution were present, their department found that enforcement action was missing on IP related crimes in the country. He too demonstrated that these crimes were certainly not victimless as the funds generated from these undertakings were being used in activities such as human trafficking.            Mr Seetahal felt there was the need for the police to include a unit dedicated to IP Crime investigations in its arsenal.

Representing brand holders were Gervon Abraham of West Indian Tobacco Company Limited and Roger Rawlins of Oscar Francois Limited (Pharmaceuticals). Mr Abraham noted that while his company ensured that it abided by all the legislation applicable to its operation, there were operators in the industry that were responsible for introducing counterfeited products. In other cases genuine products that illegally bypassed the legal ports of entry were identified. Mr Abraham was able to show that in many cases, the profits received from these operations go towards the fuelling of criminal activity.

Mr Rawlins noted that illicitly traded pharmaceuticals is one of the major problems in his industry. He noted that when persons and organizations not legally registered to import these items are allowed to do so, or carry out the activity surreptitiously the results can be deadly. He suggested that there is the need for continuous public sensitization on this issue.

Mr Larry Gopeechand, Inspector III at the Trinidad and Tobago Bureau of Standards also shared about the role of his organization in the fight against illicit trade. He noted that while food, cosmetics and medicines were not a part of the Bureau’s remit a risk based approach to inspection allowed the Bureau to prioritise items for inspection. This system allowed goods such as used tyres, used electrical items, circuit breakers and others to be high on the “risk list”.

The Executive Director of Caribbean, Bermuda and Latin America Crime Stoppers, Alejo Campos also shared about the work of Crime Stoppers in Latin America. He noted that a project against illicit trade in 2017 resulted in the seizure of USD3M worth of illicit tobacco and during this exercise the links to criminal gangs were clearly identified. He advised that the success noted was in part due to the work done by a multidisciplinary team akin to a Task Force. This group met regularly to jointly consider the relevant issues in this area.

The participants attending also provided valuable feedback to the proceedings. They suggested that educating consumers on illicit trade and public awareness campaigns were the most important things to be immediately considered. The group also identified the need for the training of law enforcement officers in illicit trade and the requirement for brand holders to take a more active role in the process.

Crime Stoppers will continue to educate the public about this area of illicit trade as we encourage the public to report this activity so law enforcement can take action confidently.