The general manager of the Trinidad and Tobago Crime Stoppers was presented with the coordinator of the year award Saturday night at the 26 th annual Crime Stoppers International conference in Calgary, Alberta, Canada.

Devrol Dupigny, who was appointed general manager of the Crime Stoppers program in March 2003, was one of four people who were recipients of top awards at the conference’s closing banquet at Calgary’s Telus Centre. 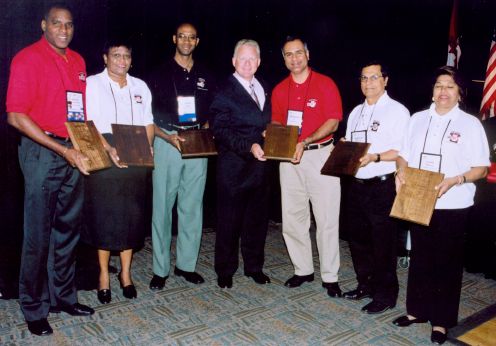 Other award winners were Robert Gill, a lawyer from Victoria, Canada, who received the Coralie Wagner Memorial Award, C. Warren Selby, Jr. of Macon, Georgia, the chair of that community’s Crime Stoppers program, who was named Civilian Volunteer of the Year and Chad Chacon, with the Crime Stoppers program at Lewis Palmer High School in Monument, Colorado, who was selected Student of the Year.

Dupigny was nominated for the coordinator of the year award for efforts in 2004 to obtain more than $1 million in funding which was used to promote a gun retrieval program and other initiatives to combat crime.

Darrin Carmichael, the chair of Trinidad and Tobago Crime Stoppers, said projects that Dupigny put in place had a considerable impact on the national community and curbed a great deal of criminal activity.

Carmichael said the tips to Crime Stoppers got some 24 illegal guns off the streets as well as leading to the seizure of $2.2 million ( U.S.) in illicit drugs, the arrests of 238 suspects and the solving of 1,055 cases.

“Given Devrol’s passion for performance, the year 2004 was an extremely successful one for our program,” Carmichael said in a written submission to the independent panel of judges who select the Coordinator of the Year from a field of candidates entered by Crime Stoppers programs around the world.

Apart from crime fighting, Dupigny assisted in raising public awareness of Crime Stoppers by organizing a rally and motorcade which distributed promotional material, including books, notepads, pencils and fridge magnets to some 40,000 residents and he also coordinated a national secondary school essay writing competition dealing with the topic of why Crime Stoppers is the best method of providing information on unsolved crime.

Dupigny’s nomination was supported by Trinidad’s assistant Commissioner of Police, Winston Cooper, and the Trinidad and Tobago Chamber of Industry and Commerce. Cooper said Dupigny had worked tirelessly with the police service in various projects involving the young and the aged over the years and his involvement with Crime Stoppers “has afforded the institution a success rate, that so far, is unprecedented.” 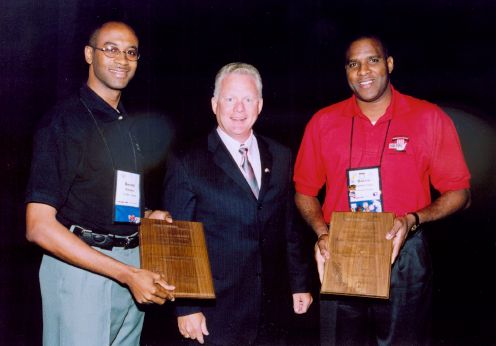 Joan Ferreira, the Chamber’s chief executive officer, said they are heartened by the success of Crime Stoppers and cited Dupigny for his sterling efforts and dedication.

More than 500 people from across North America and other parts of the world attended the week-long Crime Stoppers International conference in Calgary including several members of the Trinidad and Tobago Crime Stoppers program. 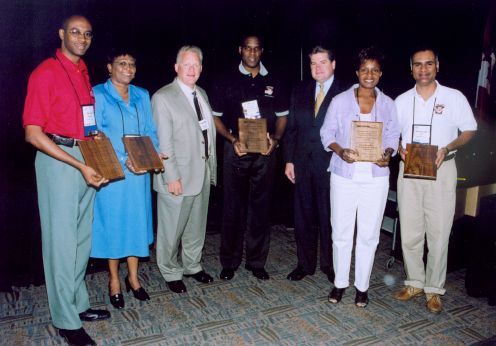 Walrath said there is a need for Crime Stoppers programs to join the war on terror and as the largest community based crime fighting organization in the world should play a role to allow people to anonymously report any suspicious activity.